TATA Harrier – The Wait Is Over, Everything You Need To Know!

Tata Motors Harrier is fully loaded with features. As we have seen a lot of features in the launch of a teaser. Although there are so many new features like a twin digital screen, there is no sunroof option for any variant.

Tata Harrier is providing a twin digital screen with the top variant of the car. In fact, there is no variant with sunroof option. Also, the top variant consists of the JBL sound system, a cooled storage bay under the front armrest. However, it won’t be having an all-wheel drive steering system. 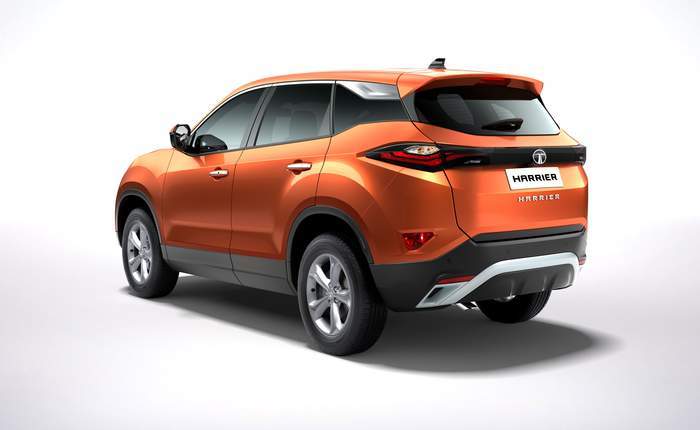 The unique feature in this SUV will be the ESP system. The ESP system will allow you to select the different modes for different conditions. However, the teaser also shows that there is an 8.8-inch infotainment system on the basic dashboard design. Also, the touchscreen will double as a display for the rear-view camera.  In addition, the touchscreen will also consist of Android Auto and Apple CarPlay option.

Furthermore, there is the digital instrument cluster which is interesting. While there are analog speedometer and the rest space of binnacle is occupied by a 7.0-inch screen. That screen consists of digital tachometer and trip/fuel computer. However, the system is based on OEM Visteon’s ‘Smart Core Cockpit’ interface. Which provides the facility of music, turn-by-turn navigation, and other information data right in the instrument pod. In fact, that helps the driver to keep the focus on driving. In addition, the cabin consists of premium material with lots of kits. As there is no sunroof in any variant, this will totally disappoint India

The harrier is having a mechanical lever-operated handbrake rather electrically operated. The Harrier is providing more legroom and more comfort than the premium rivals. The rivals for the Harrier are Honda CR-V  and Hyundai Tucson. The Tata Harrier will be available from mid-January with a single powertrain option. The cost of Harrier will range from Rs 16 Lakh for a base variant to Rs 21 Lakh for top spec. model.