The new leaks claim that Samsung will be having a reverse charging feature in all the three variant of the Samsung Galaxy S10. The three variants of Samsung Galaxy S10 are the regular version, plus version, and flat version. However, the technology named reverse charging as the “Powershare” but we don’t know anything about the use of this feature. 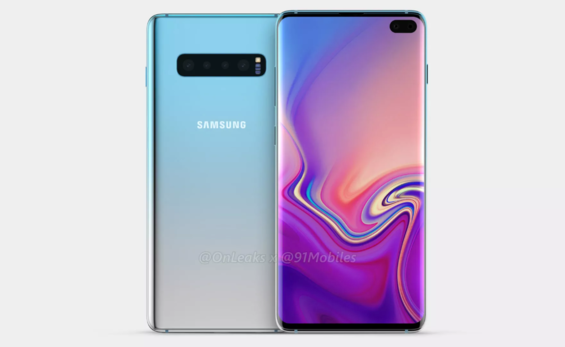 The standard charging is pretty slow. However, if you are thinking to charge another smartphone from the smartphone it will be even less effective and will consume a lot of time in charge. In fact, it is still early to talk about this or comment on this as the Korean giant may provide a better solution than the Huawei Mate Pro. In addition, irrespective of anything the phone will be another center of attraction smartphone in the market.

Samsung Galaxy S10 is supposed to be launched with Infinity-O display with a cut-out notch with inbuilt selfie camera. Also, there are chances of the on-screen fingerprint sensor. The fingerprint sensor will be using the ultrasound to read the finger in 3D. Furthermore, there may be no iris scanner. Which will be a major concern while buying.

The light variant of Samsung Galaxy S10 lite version will be having a 5.8-inch display with 128GB storage. euro 669 will be the price of this variant. In addition, the regular curved variant of S10 with a 6.1-inch display will be available in 128GB and 512GB RAM. Which will cost euro 799 and euro 999 respectively Also, the third model will be having an option of 128GB, 512GB, and 1TB RAM option. That will be priced at euro899, euro1099, and euro1399 respectively. However, Samsung will launch Samsung Galaxy S10 on February 20. And will go on sale from March 8.