Samsung a tech giant is constantly working on its M series of smartphones. Which will merge Galaxy J, On and C series. There are two smartphones that Samsung is launching in its all-new M series. The model will be Galaxy M10 and Galaxy M20 smartphones. However, leaks show the possible design of Galaxy M20. 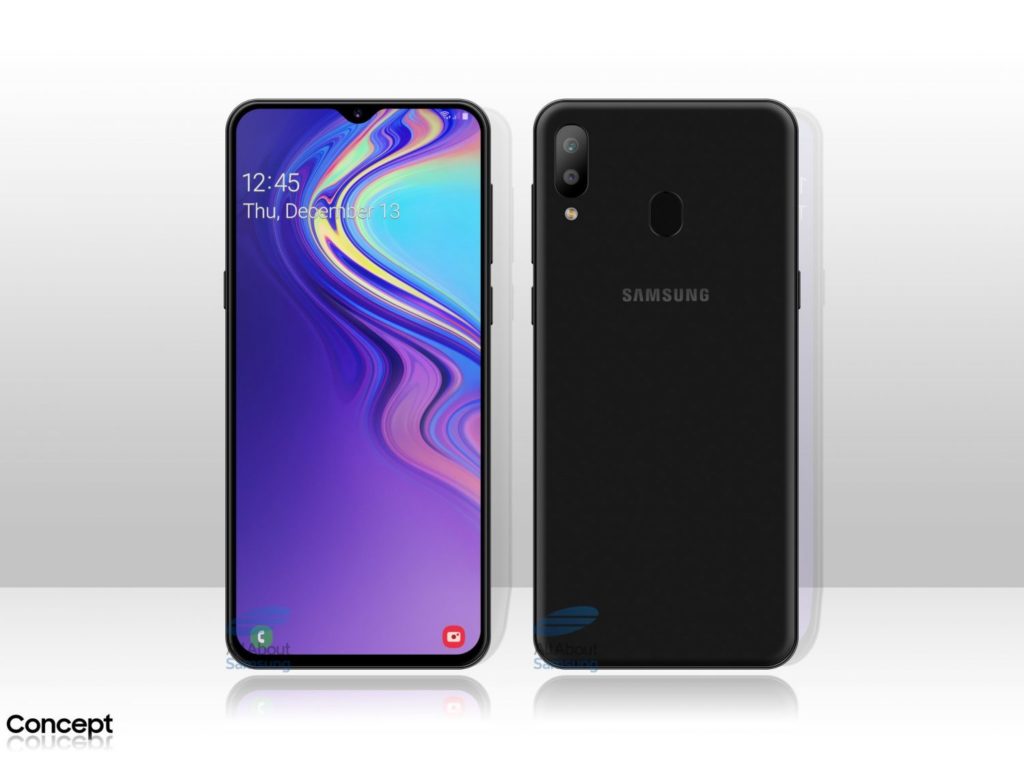 The Exynos 7885 SoC processor will be there in Galaxy M20. Which will be having a 3GB of RAM. In terms of camera, the phone will be having a dual real camera with a 13MP+5MP sensor. Moving towards selfie it will be having an 8MP selfie shooter for better selfies. However, this device won’t be launched globally. It will be first available in some regions of Europe like the UK, Poland, Germany, France, and Scandinavia.

It would be interesting to know when it will be launched in India. However, the upcoming smartphone will launch with a price tag of about 200 Euro( Rs.15,985). The design elements of the Galaxy M20’s front panel also leaked. As the display may have a noticeable chin, a waterdrop notch at the top. However, the waterdrop notch is first introduced by Oppo F9 and F9 Pro handsets. Although, Samsung has shown the new Infinity-O, Infinity-U, and Infinity-V displays but never talked about Waterdrop notch.

Also, the smartphone is spotted on the Geekbench. Which suggest that phone might be launched with 32GB of ROM. Its processor might be having a clock speed of 1.6GHz and will be having an option of expanding the internal memory with MicroSD card. And the benchmark suggests that phone will be running on Android 8.1 Oreo. However, Android Pie will be available later with Samsung’s one UI before launch.