Land Rover a luxury car brand has launched all-new 2nd generation Range Rover Evoque. The new Range Rover comes with cutting-edge-technology-designed, engineered and manufactured in Britain. Thus, provides Transparent hood and a rear-view mirror which can turn into HD screen and behave as a back camera.

From the executive director of the Land Rover, this comes with the same door hinges as of the previous model. In addition, the new version will be compatible with both Apple CarPlay and Android Auto. This time Land Rover claims to have a 48-volt mild-hybrid model. First, for Land Rover, the mild hybrid powertrain works on the energy captured when the vehicle deaccelerates. However, that energy is been stored by the engine-mounted belt-integrated starter generator. 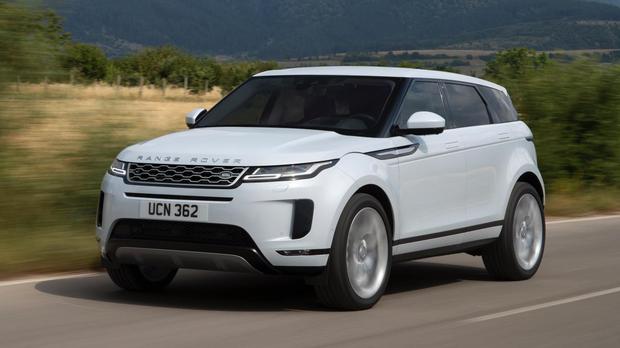 The all-new Evoque footprint is identical to that of the older version. While it provides longer legroom space as of the longer wheelbase. Also, there is a 20mm extra knee room with 10% larger cargo space. Further, super-slim Matrix LED headlamps to provide decent front and rear lamp graphics. While the flush door handles to provide an aesthetic look to the Evoque.

Talking about the interior, the Evoque used an uncluttered surface and simple lines of coated premium materials to provide a luxurious, digital and minimalist cabin. In fact, there is 16-way seat control in the front seat and is featured with Twin-Touchscreen Touch Pro Duo system with enhanced software. Also, cabin air ionization complements the interior space.

If the driver is facing problem in the rear visibility from bulky items, the driver has to simply push a switch on the downside of the mirror which will turn into a camera and will display on the top of the car what is behind the vehicle. However, the screen provides a wider field of vision of about 50 degree and superior visibility in low light. In fact, the Evoque is first to feature Ground View Technology. Which provide 180-degree view under the front of the vehicle.

There is an option of four-cylinder Ingenium petrol and diesel in mild-hybrid as powertrain. Which ranges from entry-level,148hp and 380Nm. However, the plug-in hybrid electric vehicle (PHEV) will be joining next year with 3-cylinder Ingenium gasoline engine.