Pakistan’s Ex Prime Minister In Jail For A Corruption Case!

Anti-corruption Pakistan Court sentenced 7 years jail to Former Pakistan Prime Minister Nawaz Sharif. The PM will spend those 7 years in jail for Al-Azizia Steel Graft case. While acquitting him in the corruption case of the Panama Papers scandal

Judge Malik said there was concrete evidence against the Former Prime Minister Nawaz Sharif in Al- Azizia case. However, he was not able to provide a money trail in this case. The court found Sharif culpable in Al-Azizia case and sentenced him seven years jail. Also, the court imposed a fine of $2.5 million on him. 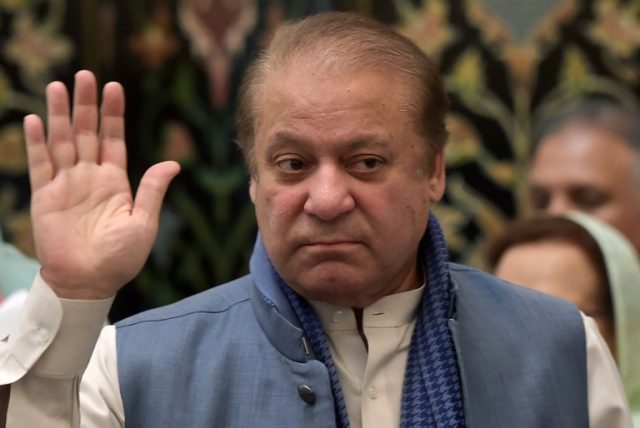 The judge said that there was no such evidence in the flagship case against Sharif. Although, Sharif was present in the court with the lawyers. However, he will be taken to Rawalpindi’s Adiala Jail or Lahore’s Kot Lakhpat Jail is not yet clear by the court.

However, he has the option to challenge the verdict. On 8th September 2017, the National Accountability Bureau announced three cases against him: Avenfield properties case, Flagship Investment case, and Al-Azizia steel mills case. This follows the judgment from Apex court which doesn’t found Sharif guilt in Panama Paper case in July 2017.

In July 2018, In Avenfield properties case, Sharif, his daughter Maryam and his son-in-law Captain M Safdar were sentenced to 11 years, 8 years, and 1-year jail respectively. This case was related to the purchase of 4 luxury flats in London through corrupt practices. However, they got bail later in September by Islamabad high court.

The deadline given by Supreme Court was 24 December to wraps up remaining 2 corruption cases. Also, the high security is been there near the Judicial complex with a large number of police and rangers around the buildings and roads leading to the court.