LG G7 ThinQ is another flagship smartphone by the company, but is it perfect all around? Obviously no. First of All, in this article, we address some of the common issues and problems on LG G7 ThinQ smartphone and next, with the proven solution to it. So, do stay until the end.

Welcome, I am here to help you out with certain Issues on the LG G7 ThinQ. Please do carefully go through all the topics that are covered under this article. PLEASE DO NOT RUSH. It will eventually help you 😀 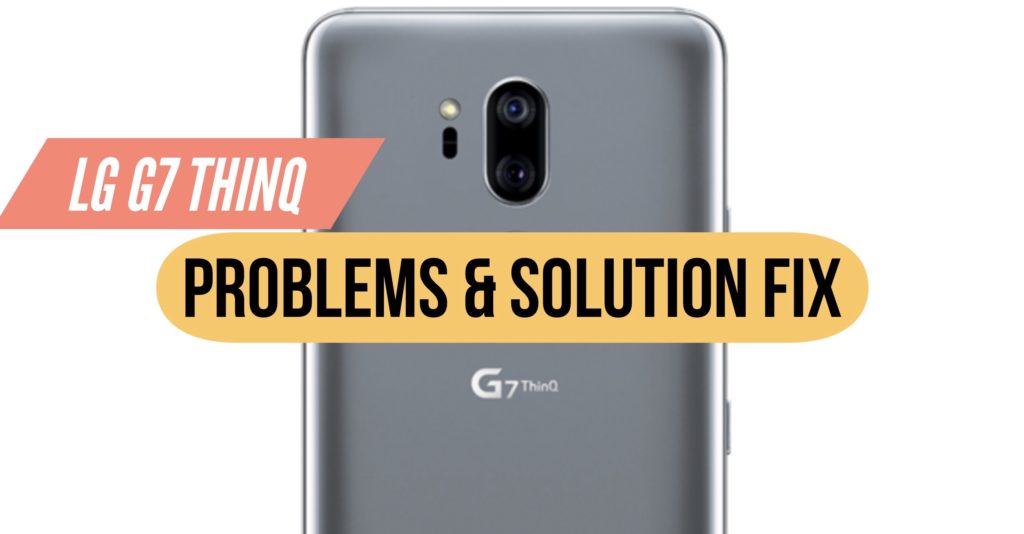 If your phone is raising its temperature, causing severe heating then, first of all, you need to take following precautions –

How to fix the heating issue on LG G7 ThinQ?

Above, steps will make sure your LG G7 ThinQ phone is well within the temperature line. But if the problem continues then you may want to go to the service center.

If you are one of the few customers of LG G7 ThinQ that are facing battery issue. then following steps will ensure that it’s not you who are causing battery problems on the phone.

How to fix poor battery life on LG G7 ThinQ?

Perform the above steps and you are good to go. If further, the problem arises on the LG G7 ThinQ, then you may want to go to the service provider.

Though LG claims to be one of the fastest phones, still you can encounter some laggy experience on your phone.

How to Fix Lag on LG G7 ThinQ?

These 2 steps will definitely remove the lag from your LG G7 ThinQ Android device. If the problem is still there then the best thing you can do is to wait for the OTA update from the company. Or you can go to service center, they will reinstall the particular OS version.

How to fix sudden shut down on LG G7 ThinQ?

If you follow above steps and still encountering sudden shutdown, then its time to go to service center.

How to fix screen froze or stuck on LG G7 ThinQ?

How to Fix Apps opening slowly on LG G7 ThinQ?

Also, Unroot the phone and go back to stock ROM.

How to fix sudden app crashes on LG G7 ThinQ?

Bluetooth not connecting on the LG G7 ThinQ

How to fix Bluetooth connection issue on LG G7 ThinQ?

Display cracked and touch not working on LG G7 ThinQ

How to access data if phone touch is not working on LG G7 ThinQ?

Above, will help you access your LG G7 ThinQ phone even if your touch is not working.

How to Fix Wi-fi Connection problem on LG G7 ThinQ?

How to fix Cellular network and Mobile Data network on LG G7 ThinQ?

Apps not downloading from the Play store on LG G7 ThinQ

How to Fix Apps not downloading from play store on LG G7 ThinQ?

That’s it we have covered all the issues and problems regarding LG G7 ThinQ smartphone and How to FIX them. If there are any more issues with your LG G7 ThinQ then drop a comment and I will update the article.

Here are some of the key features and specifications of the newly launched LG G7 ThinQ smartphone.