Honor is now ready to launch its new flagship smartphone Honor V20. In China, it is announced recently. And the global launching will be on 22 January 2019 in Paris, France. The Phone will be the first smartphone having an in-display punch-hole selfie camera. Also, it will be having a 48MP Sony IMX586 rear shooter which is combined with 3D ToF sensor at the back panel. This will be the first smartphone from the company in the year 2019.

The Honor V20 will be having a display of 6.4-inch LCD of 1080P resolution and the aspect ratio will be 19.25:9. However, this will be having a chipset of Kirni 980. Which is having an option of 6GB RAM and 8GB RAM variant with internal storage of 128GB and 256GB. And fingerprint sensor will be at the back panel. And the front selfie shooter will be of 25MP. 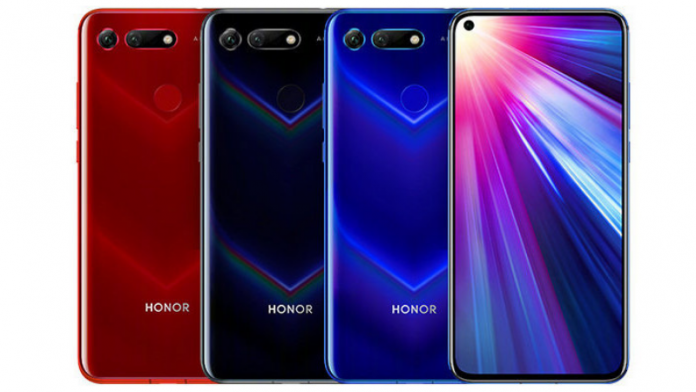 The Honor V20 comes with a cool gradient rear panel display with a V that changes with a viewing angle. Also, the 48MP camera is huge in size – 1/2-inch CMOS sensor with Quad-Bayer array. Which will allow pixel binning for HDR 12MP night shots. However, the 3D ToF sensor will help to look perfect in a full-height picture with the Kirin 980 chipset.

Turn Your Phone To PC

Honor V20 comes with all new Huawei features with EMUI such as super night view mode. This is also the EIS and GPU Turbo 2.0 which comes out with the box. In addition, this also has a new feature that the Honor V20 may turn into the PC when connected to the monitor, Keyboard, and a mouse.