The New Upcoming Galaxy A8s To Have Samsung’s Infinity-O Display!

Exiting is at the peak regarding the future of the display of Samsung’s mobile but it is equally confusing. However,  Samsung has already announced the infinity Flex display. Along with the Infinity-U, Infinity-V, Infinity-O and New Infinity. Also, things were getting worse in the design variations. Similarly, Samsung’s is constantly filing patent for the solutions for the notch dilemma.

As per the leaks, the Samsung A8s will be having an infinity-O display. Similarly will be having a camera and sensor hole in the prime left corner. In contrast, the same device is associated with Infinity-U Display. However, someone from the corporate chain has simply exposed half of the picture. 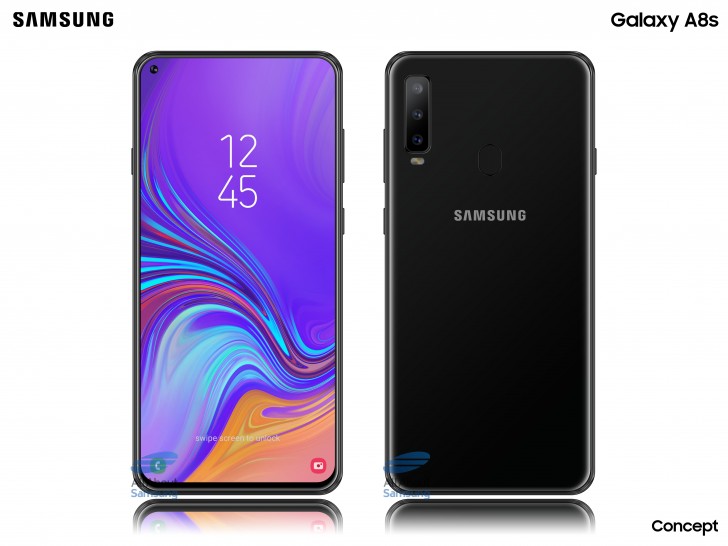 This may be similar to the 3 upcoming Galaxy S10 flagships. Obviously won’t be a flat screen. Although observing once again we can see a corner curvature as described in the patent filing. However, from the inner-working of the Samsung, which haven’t said anything regarding the display, as this doesn’t provide enough information.

As similar to earlier leaks, it only provides the glass panel without the rest assembly. This is enough to feel a new “hole in the display” design from the Samsung in future. From the source, Samsung has already given the date February 2019 for the Samsung Galaxy S announcement. This can overcome the leaks of Samsung A8’s.

As from the other source, the A8s will be powered by Snapdragon 660 chipset. Although, there is a possibility of more powerful SD670 or SD675 with 6GB of RAM. With an 128GB internal storage. In addition, it will be having a triple-camera setup similar to Galaxy A7 (2018).